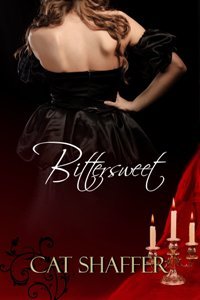 Coulter Bancroft returns from battle seeking the peace of his family farm. Instead he finds chaos: his stepmother dead, his father dying and his fiancée married to another man. His pain reaches a new level when he learns his father’s will demands a legitimate heir by Coulter’s 30th birthday to keep his inheritance—and guardianship of his teenage half-sister.

Amelia Strong has her own secrets to keep. When Coulter takes her in after she collapses in front of his horse, bruised, sick and frail, Amelia can’t imagine that within a few weeks, she’ll offer to marry him and give him that heir if he will divorce her and set her up to begin a new life after the child is born.

What neither of them realizes is that Amelia’s beloved, listed among the war’s casualties, is actually alive and going mad. When he spots Coulter and Amelia in Cincinnati on their honeymoon and begins to stalk the Bancroft family, the result is a suspenseful game of cat-and-mouse game that can only end in death.

Author Bio: Cat Shaffer is a native Buckeye who saw the light and moved to Kentucky over 20 years ago. Able to say “Louisville” like a native, she adores living in the land of beautiful horses and fast women...no, wait, it goes the other way around! Away from the keyboard, she's a mother and grandmother, a Red Cross volunteer, and leads her church choir. She lives with a big Sheltie and a gray tabby who keep her humble by reminding her of her place as their servant. www.catshaffer.com
Scribbled by Unknown at 6:00 AM