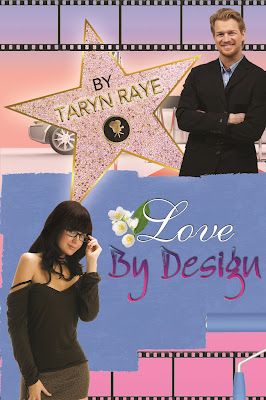 “Are you any good at pool?” Derrek wasn’t sure a woman like Jasmine would enjoy such a simple man’s pastime, but it was worth a shot if it meant she would spend more time with him.


Her eyes lit up. “They’ve already delivered it?”


They stopped at her apartment long enough for her to change. Derrek waited in the living room while she disappeared down the hallway. Her cat sat and stared at him, blinking. The fluffy fur ball looked at him with big blue eyes, the bluest he had ever seen on a cat. It wandered over and brushed up against his suit, purring so loud it sounded like a vacuum cleaner roaring across the carpet.


Derrek dismissed the chauffeur when Jasmine offered to drive her car back to the house. His heart fell in disappointment at the revelation. If they had taken the limo, Jasmine would have had no choice but to leave when he offered to drive her home. It wasn’t ideal, but he decided he would make the best of it anyway.


“Ready?” Jasmine appeared from the small hallway dressed in jeans and a t-shirt and tennis shoes. It was a drastic change from the formal wear, but it reminded him again, what it was he liked so much about her. She grabbed her keys from the countertop. The jeans fit her backside so snug them seemed molded to her round bottom.


Had she painted them on?


How in the world will I be able to look at her and keep my mind on pool?

The Way to a Man's Heart- Round Steak Supreme 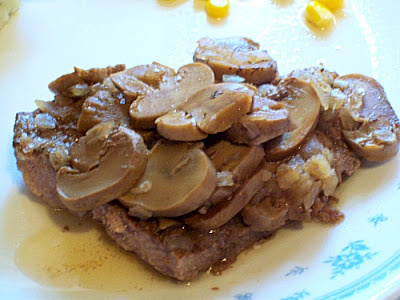 3. Put in a large shallow pan or casserole dish (I use a foil lined pan)

4. Drain mushrooms and put on top of meat (add onion & green pepper if you use it) 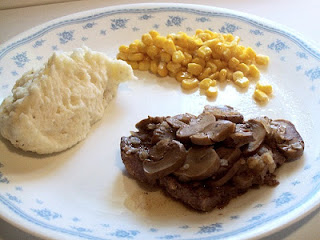 Scribbled by Unknown at 6:00 AM No comments: 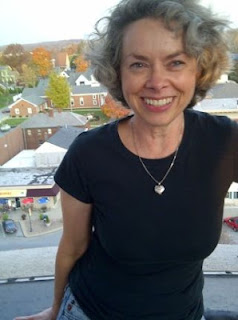 Please help me in welcoming Magdalena Scott, one of the four fabulous authors who helped build Legend, Tennessee, bringing to life the fictional town wherein so many wonderful stories have been born.

Magdalena's back with a new release from Turquoise Morning Press and she is Building a Dream. Check it out~


What book(s) most influenced you as a writer?
The ones that didn’t have happy endings. I always rewrote them in my head.

What book do you read over and over again?
A Knight in Shining Armor, by Jude Deveraux
Cluny Brown, by Margery Sharp
Simple Abundance, by Sarah ban Breathnach
Simplify Your Life¸ by Elaine St James

What’s the most interesting or bizarre bit of trivia you’ve learned from researching for a novel? That I can learn to trust Wikipedia. Isn’t that interesting? And maybe a little scary?

Novel on your Nightstand:
Who/what are you currently reading? Simple Abundance in the morning and Temptation Ridge by Robyn Carr at night.

Whom would you cast as your Main Characters/Hero/Heroine if your book became a movie? Ooh! Fun… Years ago, the best would have been Meg Ryan as determined artist Chloe McClain and Harrison Ford as the stubborn but sexy Greg Andrews. Sigh 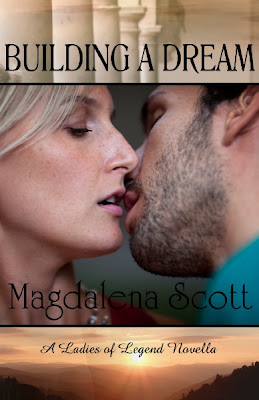 Chloe McClain is an artist, so she’s used to creating something from nothing. This time, though, the project is bigger than her usual canvas—this time she’s bought a big dilapidated building to rehab into a classy art gallery. Should be easy enough; she’ll hire Greg Andrews and his construction crew. Greg’s work has gotten good reviews from everyone in Legend. Of course there is kind of a rush on the project…

Greg is a professional, and his professional opinion is that Chloe’s pile of bricks should be put out of its misery. There’s no way he can bring the place up to code by her deadline, let alone turn it into the showplace she has in mind. But Chloe’s a McClain, and besides a wide stubborn streak, that means deep pockets. Speaking of which, Greg can’t keep his eyes off the back pockets of Chloe’s jeans...

When you live in Legend, Tennessee, there are certain things to remember. People in Legend pull together. Community before self. And you never want to take a wrong step around a McClain—even the cute females.