This year, November is coming up on us quickly. As most anyone who's been reading my blog for a while knows, I usually devote November to NaNoWriMo. I've worked on something every year since 2006, buckling down and pushing through. I'm a 5 time "winner" but this year, I'm not sure I will be participating. I'd like to, but with my newly contracted novel, I am currently devoting my time to edits, which come first.

Edits for Castaway Hearts have to be completed and ready by year's end for release in the spring, so this year, work will take front burner.

This saddens me a smidgen, because NaNo is something I've been consistent about doing every year since that first time. It was really and truly where I began...the catalyst that set wheels in motion for me and helped me realize writing a novel does not have to take me a decade. It's also what pushed me to write as much as I did in those couple of years that followed, but...and here's the big but---

I still haven't finished writing the novel I started during last year's NaNo. I hit 50,000 and the burnout set in. I counted it as a "win" but I don't really count it until that novel is complete. Currently I'm still a good 25-30K off from The End and since it IS part of the 2nd series I am working on and the novel I wanted to write during NaNo this year is the next one, I cannot imagine starting the 4th and final book before I've completed the 3rd one. As I said before, I'm a pantser and the end of #3 is bound to have some setup for #4.

I've never been good at jumping around in a manuscript. Usually the story comes forward in chronological order when I'm writing. I feel I'd be doing an injustice to the last book if I jump ahead of it's predecessor and by that same token, it would be unfair not to "put a finish on it" (#3) before I proceed.

In an attempt to not feel guilty over it, I'm not logging into NaNo's site/forums unless I do finish writing said book 3 and that I'm 100% certain I'm going to tackle it.

In the meantime- I have work to do, so I need to get back to the writing cave and dig my claws into the manuscript. (and some Hot Fries and Reese's Cups....I must keep up my strength) ;)
Scribbled by Unknown at 10:06 AM No comments: 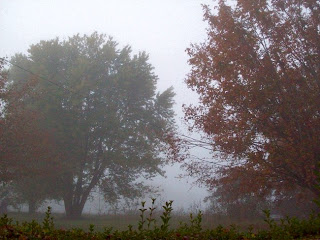 My "Fall Break" didn't turn out at all how I envisioned. I couldn't get my travel plans tacked down to something I could handle, mentally and emotionally, and that frustrated me to no end. I've just never been one who could make plans that are simply "tentative."

I like to KNOW what I'm doing, WHEN and HOW that affects the rest of my plans and the idea of things just dangling in the air with a foreboding sense of uncertainty fills me with anxiety and trepidation. A touch of the fear of my plans falling to pieces probably plays a role. That and the idea of having no control over your situation at all, but instead feeling like a marionette at the end of someone's strings. So many times in the past, my plans have hinged on other people's schedules or what was convenient for them.

One of the worst feelings in the world is that you play second fiddle to another person's plans or that you are a burden upon family and friends because you need them for transportation. I have a growing dislike for these feelings of "dependency" upon others and it's eating me alive. Playing it by ear inadvertently caused strife and discord between myself and my closest loved ones this trip. Mind you, I did make it up to visit, and most of my visit with my family went well, but there were still undercurrents of irritation and unfinished business that left me feeling icky by the time I returned home.

This morning, I was thinking about the opposite side of my personality.
I find it truly ironic that I'm a Pantser—that I write by the seat of my pants....

I'm not sure HOW that worked out, but in the case of travel or important plans, I need a serious game plan.

I mean, a general idea, an inkling of a plot, the hero and heroine's names and careers, and a sense of their backgrounds and what I think is going to happen and I'm good to roll. I don't HAVE to know what's going to happen, when I'm going to leave my starting point, or what time I might arrive at my destination....I just go with it.

It reminds me of this quote-

“Writing is like driving at night in the fog. You can only see as far as your headlights, but you can make the whole trip that way.”
~E.L. Doctorow~ 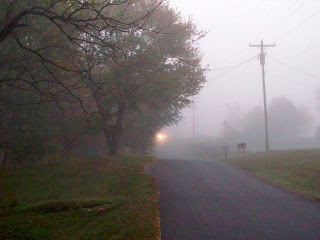 I would love to be able to apply that same carefree mantra to other parts of my life, the travel and planning part in particular.

I could do with a little more spontaneity and a lot less fear that everything will spin out of control without a strict plan to abide by. I don't know when it happened, but there are times when the very idea of putting myself, my plans, my trust in other people's hands leaves me with feelings of inadequacy, that make me feel like the unforeseen is always in my blind spot and the internal chaos wreaks havoc on my inner control freak.
Having a place for things and things in their place is not a hard and fast rule for me. My house is proof enough that I can live with disorder, though I'm slowly working on minimizing that and I know Life is messy and sometimes things don't go as you'd planned.
So how did I come to this? My mom told me she thinks I'm a touch OCD suddenly and maybe I am.

And maybe she was just trying to be nice. ;) LOL
Scribbled by Unknown at 9:37 AM No comments: