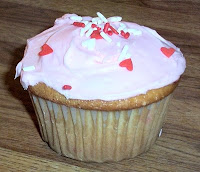 My birthday ended up being quiet most of the day. I added just over 2K to the current revisions which means that I've only got about 20% more to go to beef this one up. 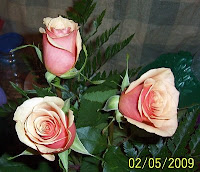 What a birthday! Too much excitement!
Scribbled by Unknown at 11:08 AM

{{{Hugs}}} Raising kids these days is not fun. There's so much that can happen out there. Or even in our own homes! I was so relieved to get my son into adulthood with no major mishaps along the way. I was lucky. The worst thing mine did was looking at naughty stuff on the internet when he was twelve. Also, I found a naked picture of Britney you-know-who stashed in his closet. It was a picture someone had doctored and stuck her head on someone else's body--he printed it off Ebay, of all things, because a kid at school told him about it. At the time, this behavior scared us to death. But several people who'd been there and done it assured me, it was natural behavior for a boy whose hormones were beginning to kick in. We had to have several big talks with him. I think--I hope--he's turned out to be a nice, normal guy. But when we're in the moment, these things seem so devastating and we wonder where we've gone wrong. Funny how we always want to take the blame for anything our kids do. Maybe that's what makes a good parent--that feeling of responsibility.

I feel your pain. My son used to get picked on, too, and there were many times he defended his sister when someone called her names because of her disability. It all comes out in the wash--eventually.

So, be glad you don't have my son. Two years ago he started Kindergarten, and the first week he came home and told me, "Mom, I have a girlfriend, and she kissed me, and she's older too. She's at least eight!" It's been downhill ever since.
Reading your blog sounded so much like my life, except mine started a little younger.
I guess you just have to grin and bear it. I am thankful, though, because according to my mother-in-law, hubby was worse when he was a child.
Good luck!!!