#TuesdayswithTaryn with Courtney Young aka @courtney825 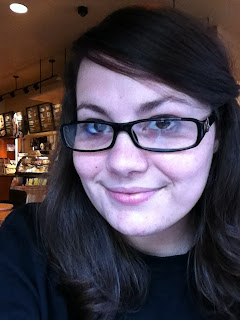 What book(s) most influenced you as a writer? Wow. This one is hard. There have been so many brilliant books that have inspired me in the past decade; I would have the say the Harry Potter series and Interview with a Vampire by Anne Rice.

What book do you read over and over again? Harry Potter and the Deathly Hallows by JK Rowling and So Cold the River by Michael Koryta.  The final book of the Harry Potter series tied up so many loose ends and each time I read it, I fall in love with the story all over again. ‘So Cold the River’ is an amazing read with paranormal elements, I just discovered this author and love his work and this book.

Tuesday Trio-
1)    Movie-  Hitchhikers Guide to the Galaxy (the book is great too!)
2)    Music- Anything by Frank Sinatra, I am an old soul!
3)    Decadent Dessert- Chocolate chip cookies! I am very easy to please :)

What’s the most interesting or bizarre bit of trivia you’ve learned from researching for a novel? For After the Woods, I heavily researched Vlad II Dracul.  Being an evil man who insisted on honesty, he placed a golden cup in center of the square of Tirgoviste.  No one ever stole the cup in fear of Dracul.

Novel on your Nightstand:
Who/what are you currently reading? I am reading Wilde’s Army by Krystal Wade and Beautiful Disaster by Jamie McGuire. Yesterday I finished the Discovery of Witches by Deborah Harkness and it was absolutely amazing!

Whom would you cast as your Main Characters/Hero/Heroine if your book became a movie:Elisabeth: Emelia Clarke
Gabriel: Josh Bowman
Caleb: Chris Hemsworth
Gertrude: Emma Stone

Blurb:
After the Woods: Cerise Saga, Book 1
Elizabeth has visions induced by an antique music box that her dead grandfather owned decades before her birth.  A witch instructs Elizabeth to enter the woods and face her fears.  The events that take place After the Woods forever changes Elizabeth's outlook on the world.  She travels to unfamiliar places, meets strange characters, and even learns a little magic. While searching for the answers to her questions and subduing unwarranted visions, she begins to understand the inevitable changes that will soon take place in her life.  Elizabeth must ultimately choose between good, evil, and life or death, although her future may already be paved.

After the Woods will be published by Curiosity Quills Press (www.curiosityquills.com).
Release date is TBA.
Author Website/Blog
Twitter
Facebook
Scribbled by Unknown at 6:00 AM