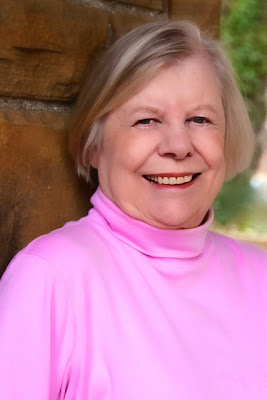 What book(s) most influenced you as a writer? Oh, gosh. Nancy Drew, Francis Parkinson Keyes, and on up to today’s mystery writers—Sue Grafton, J. A. Jance, Julia-Spencer Fleming, Deborah Crombie, Diane Mott Davidson, Susan Wittig Albert. Yet my own writing is not, to my mind, as complex as any of theirs. Then there’s the whole other side of me that wrote about women of the American West, and there I’d say Owen Wister’s The Virginian intrigued me, and Elmer Kelton’s entire body of work taught me a lot about writing about the West.

What book do you read over and over again? Wallace Stegner’s Angle of Repose

1) Movie- not a moviegoer, but Butch Cassidy and the Sundance Kid was a big influence when I wrote Sundance, Butch, and Me, about Etta Place (now available on Kindle, Nook, and other sites).. That was, however a 1969 movie—you can tell it stuck in my head until the ‘90s when I wrote the book. And I really did like Julia and Julie. I keep meaning to see Midnight in Paris and The Help. Loved the book of the latter.

What’s the most interesting or bizarre bit of trivia you’ve learned from researching for a novel?

That Etta Place, the woman who rode with the Hole-in-the-Wall Gang and was The Sundance Kid’s lover, probably ended up in my hometown of Fort Worth, Texas, running a respectable boarding house, and probably died in a house fire.

Who/what are you currently reading? Clobbered by Camembert by Avery Aames

Whom would you cast as your Hero & Heroine if your book became a movie?

I have no idea because I don’t keep up with current movies or stars. I don’t think Julia Roberts would be right as Kelly O’Connell, but I don’t know who would. One of my daughter’s friends suggests Reese Witherspoon, Matt Damon or Ewan McGregor.

No Neighborhood for Old Women, the second Kelly O’Connell Mystery, following Skeleton in a Dead Space

When a serial killer begins targeting older women in Fort Worth’s Fairmount neighborhood, realtor/renovator Kelly Jones investigates, in spite of the pleas of her companion, policeman Mike Shandy, and her assistant, the colorful Keisha, that she stay out of it. Kelly knows a serial killer will hurt business, and she worries about the frightened old women in the neighborhood. And when Claire Guthrie, a friend and former client, shows up at Kelly’s front door announcing that she’s just shot her husband in the butt, Kelly becomes her champion. Kelly knows about bad marriages and bad husbands from her own experience. Then Kelly’s mom, the needy Cynthia O’Connell, decides to move to Fort Worth to be near her grandchildren. Kelly, a harried, hassled, and loving single mom of two young girls, unwittingly puts her children, her mom, and herself in danger and almost derails her love life. 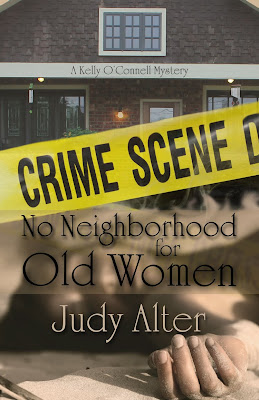