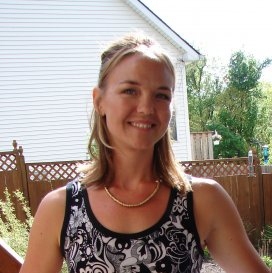 It's my pleasure to guest a fellow KY Indie Writer, Diane Strong, who writes The Running Suspense Series. If you like Stephen King style suspense, you'll like these.

What book(s) most influenced you as a writer? I loved The Horse Whisperer by Nicholas Evens is the one that comes to mind.  I was living in Montana when the book was published so I knew all the places he was talking about.  I am a recovering horse-person so it touched a place in my heart.  I was also very young.  But the way he painted the story in my mind made me aspire to do the same.

What book do you read over and over again?  None.  If I ever catch up on my to-read list I don’t have a clue which book I would choose to read again.

What’s the most interesting or bizarre bit of trivia you’ve learned from researching for a novel?  At sixteen, Amish children are encouraged to go out and experience the world on what they call ‘rumspringa’ (you’ve probably heard of it) but what surprised me is that they are not baptized in the Amish way until they choose to be after rumspringa.  If someone choses to be baptized, then leaves the Way, they can be shunned.  But if you come back from rumspringa and chose not to be baptized you are not shunned.  Cool hu?

Novel on your Nightstand:
Who/what are you currently reading?  Good Harbor by Anita Diamant (because I enjoyed The Red Tent) but if I can get a copy of Wild by Cheryl Strayed I’ll drop it and pick it up later.

Whom would you cast as your Hero & Heroine if your book became a movie?
I would cast Ryan Hall, the Olympic Marathoner, as Isaac Fisher…I can do that right?  I mean, he isn’t an actor but he can run, just like Isaac.  Ryan is Mormon and Isaac was Amish and I think that might add dimensionJ 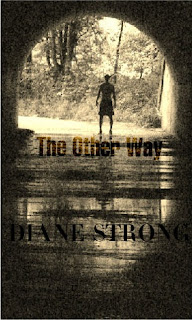 Click Image at left to purchase on Amazon for Kindle.

The Other Way Blurb:

Isaac Fisher was not born a runner, he was born Amish. After getting a girl pregnant while exploring rumspringa at sixteen, he left the Amish community and ventured to the new world to become the girl’s husband. Now, four years and two children later, Isaac can’t help but sneak back home on his long runs for a feel of his past life and the taste of an old lover.

It is also available at Smashwords and will soon be available from other retailers such as Barnes and Noble.

Diane Strong lives in Kentucky with her husband and their two children. She received a liberal arts degree at Itasca Community College, a Bachelors of Science in Psychology and Equine Studies from Rocky Mountain College in Billings, Montana and a Master's degree in Veterinary Science from the University of Kentucky.

She writes a small column for the Georgetown News Graphic and homeschools her children. In her spare time she competes in road races, triathlons and adventure races. She is the founder of the Georgetown Run Club and Intellectual Society. She loves what she does.

and on her site-
The Running Commentary
Scribbled by Unknown at 6:00 AM

I see so much about Amish these days. But, I didn't know that fact. Very cool.