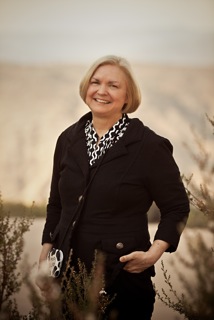 Please answer the following questions:
What book(s) most influenced you as a writer?
As a writer of mysteries, I have been influenced by Agatha Christie and Mary Higgins Clark to create unlikely sleuths, such as Christie’s Miss Marple and so many by Clark.  I also appreciate John Grisham and Dick Francis who applied their own experiences to weave their stories into credible contexts, such as, law firms/lawyers; and horse racing.  And I wish that I could create the suspense, intrigue and insight into unique characters offered by James Clavell in SHOGUN.

What book do you read over and over again?
Oh, I wish I had time to read a book over and over again. However, my list of new books to read is soooo long that I focus on them.  I have at least 25 waiting for me on my Kindle. I do pursue favorite authors, such as, James Clavell or John Grisham, and have read all of their books.

What’s the most interesting or bizarre bit of trivia you’ve learned from researching for a novel?
While researching my third Jillian Hillcrest book (in progress), I discovered in a trial transcript that one of the bribes to a corporate insider from a hedge fund manager was a case of live lobsters.  I guess that’s a small price to pay for the hundreds of millions of dollars gained by the hedge fund as a result of the information gained.

Novel on your Nightstand:
Who/what are you currently reading?
Stieg Larsson’s THE GIRL WHO PLAYED WITH FIRE

Whom would you cast as your Main Characters/Hero/Heroine if your book became a movie?
Toni Collette as Jillian Hillcrest
Josh Duhamel as Chad Bradbury
Diane Wiest as Cynthia Anderson

OPEN MEETINGS: A JILLIAN HILLCREST MYSTERY – is just being launched!!!! It is the second book in the Jillian Hillcrest series. 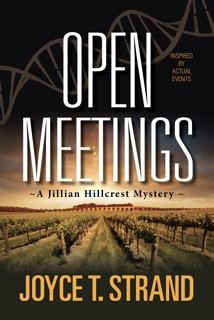 PR Executive Jillian Hillcrest is having lunch with a reporter colleague when a woman enters and begs him not to print anything she’s told him because they will kill her if he does. A few days later, the reporter tells Jillian that the woman was killed in a car crash in his hometown. The police ruled her death an accident caused by driving under the influence of alcohol.

Although Jillian is busy promoting her Silicon Valley biotech company, the reporter draws her into an investigation of his hometown’s police department, located in California north of the Napa-Sonoma wine region. Coincidentally, Jillian’s neighbor Cynthia Anderson wonders about the untimely death of her policeman husband years earlier as part of the same police department. Meanwhile, Jillian’s ex-husband hovers over her to reverse the “ex” status. Unfortunately, none of them anticipates the frightening events that follow.