It's a #MemoryLane Monday- Where did 20 Years Go? #classreunion #classmates #Life 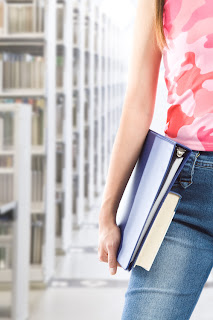 When I dropped out my freshman year of high school after my grandfather's unexpected and untimely passing, which I once talked about here on the blog, I didn't give much thought to the idea of ever participating in anything related to my old classmates unless I happened to meet up with them as co-workers at any number of the various places I worked in my young adulthood.

I think I went to one Homecoming football game, a chorus concert and my Class's graduation and the "after-party"- a lock-in known as Project Grad. I never attended dances or school functions in the capacity that a student would have. I stayed friends with a few of my closest pals, but being a high school drop-out at 15 left me feeling as though I vanished from the world. Or at least, my world, as I knew it. Had things been different, I have no doubt I would have graduated with my fellow classmates, but I followed the alternate path upon which my feet, or my Fate, had led me.

A lot of things happen in 20 years and the last thing I thought I'd be doing was attending the Class of '93 Reunion a couple of weekends ago in my hometown. I didn't graduate with them, but when other former classmates and friends on FB included me in the suggested people to add to a Group on there and made demands like "You better be there!"~ I was surprised but also a tiny bit tickled to be included. (I took my GED test in 1996 and passed with flying colors, placing me in the graduating "class of '97.")

Nevertheless, nerves wreaked havoc as the reunion drew closer. Would anyone else remember me besides the few I knew on Facebook? That 15 year old inside me who dropped out shuddered with anxiety before we headed out to go to the meeting place where the reunion was being held. My 38 year old self was fine, excited even, to get to visit with old familiar faces.

As one of my fellow classmates said during the toast- there's probably been points where we've thought, "Wow, has it really been 20 years?" and then other moments where we're like "Wow...20 years seems like forever ago."

My nerves were also on edge, watching the door, wondering who all would actually show up and who wouldn't. Cause, yeah, in 20 years we accumulate and let go of so many things, so many people come and go and we've already lost a few of our classmates and sometimes I see something that reminds me of a certain person and I wonder about them, only to realize that they are no longer in the land of the living. It was a bittersweet moment when we were gathered, about to raise our glasses in honor of our class, our friendships, those who weren't able to come and those who are gone. It made me misty. 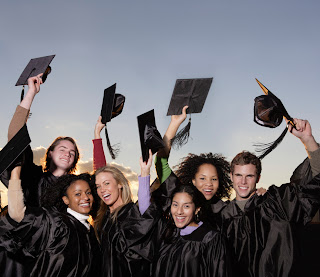 We weren't close to filling out the entire graduating class that night, but those of us who showed up seemed to find enjoyment in getting to sit and chat and laugh and cut up. For me it was all the more surreal as most of my memories of my friends and fellow classmates were from elementary school and middle school rather than high school, but I had fun just the same and I recognized most everyone too, other than a couple of people and spouses of my classmates.

I know my husband brought me because it was important to me, but I'm fairly sure he was just along for the ride and moral support. His 20 year reunion was held the weekend after mine and he had no interest whatsoever in going. We left early from mine, mostly because we had a long drive home the following morning, but I would have loved to have stayed and talked more with old friends, maybe got up and danced, but all in all I'm glad I got to see them and spend time catching up. I felt quite like Cinderella at the ball, pumpkined away from the party long before I my feet were too sore to dance another step. LOL I don't think I left a glass slipper behind though.

There were those who did recognize me and enthusiastically greeted me and chatted for a long while, even without my name tag and there were those I had hoped to see who weren't able to make it.

I will say this- this was my moment of doing "big scary things" this year. That young shy girl inside me needed it- needed to see that I was still "part" of this, still connected to my roots, still connected to my friends and my youth. I'd do it again and I hope in another 10 years, when there's a 30 year reunion, I'm able to make it then as well and I hope that just as many of us show up, if not more. Age makes me sentimental and wistful but hell, by then, we'll all be heading toward 50- I bet we'll really cut loose then!

(Proud of my Anderson County Bearcats, even if I never officially was one.)
Scribbled by Unknown at 6:00 AM