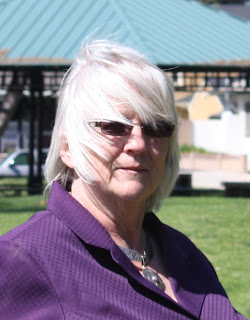 Please help me in welcoming one of my Tribemates to Thursdays with Taryn where she answers some Q&A and shares with us about her novel My Killer My Love, her paranormal romance. Check out the book trailer! It's awesome!

What book(s) most influenced you as a writer?
My Brother Michael, Mary Stewart
Nerve, Dick Francis
The Witch World, Andre Norton

What book do you read over and over again?
You don’t believe in easy questions do you??  Right now, it’s Wolfsbane and the Alpha and Omega books, by Patricia Briggs. I have NO idea why, except they comfort me.

Thursday Trio-
1)      Movie- Ladyhawke
2)      Music- soundtrack from National Treasure.  I didn’t realize how amazing it was until my husband pointed it out.  That was an expensive Christmas present, VERY hard to find
3)      Decadent Dessert- Now, it would be low carb fudge, homemade, masses of cocoa powder.  Before now, probably a fudge brownie with vanilla ice cream, caramel sauce, and toasted salted pecans. DAMMIT now I’m food imagining.

What’s the most interesting or bizarre bit of trivia you’ve learned from researching for a novel? Aaaaah, I collect bizarre trivia as a matter of course!  Ummm, for the books. Oh, yeah, Atrahasis.  I wanted a special title for the Overlords in My Killer My Love, so I started going back in history. Akkadian was pretty cool, and helped with Mykhael’s Language.  But I went down a few more levels and came across Atrahasis, which links to the creation of humans.

Novel on your Nightstand:
Who/what are you currently reading? Black Tiger by Greta van der Rol

Whom would you cast as your Main Characters/Hero/Heroine if your book became a movie?  I have them set for a series I’m planning, but you mean for the book I’m featuring, which is My Killer My Love.  Mykhael is physically patterned after someone I met at a Saluki show, who was an extra in Last of the Mohicans.  So I’d say Daniel Day Lewis for Mykhael and for Kendra, oh, this is make believe so Kate Blanchette (as a blonde) or Morgan Fairchild. Neither one is perfect but both have that air of innocent wisdom. 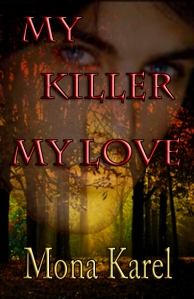 MY KILLER MY LOVE

She came to the woods to heal and found evil lurking among the trees....

Upon her grandmother’s death, Kendra inherits a cottage deep within the sequoia forest, along with the powers given only to certain women in her family—powers she doesn’t know she has. Recovering from a vicious attack in Phoenix, Kendra returns home to the remote cabin determined to heal both her body and her spirit. But the forest is ailing, too. Evil lurks in its dark places, turning its quiet glades into a battlefield. When a strangely beautiful man appears at her cabin intent on punishing her for a crime she didn’t commit, Kendra needs all her strength to protect her forest, her life... and her heart. Can she learn to use her powers and to trust Mykhael in time to save the ancient forest?

He came to the woods to redeem himself and found innocence that would be his undoing....

Throughout his long life, Mykhael has struggled, often in vain, to please the Atrahasis, immortal overlords of the sacred places in the universe. Now they have given him one last chance to redeem himself. He must punish the person they think desecrated an ancient forest in Northern California. But when he meets Kendra, he realizes he’s doomed to disappoint them yet again. Not only is she innocent of the crime the Atrahasis have accused her of, Kendra is the missing part of the soul he didn’t know he still possessed. Can he defy the Atrahasis yet again and live long enough to save the only thing in his life that matters?

My Killer My Love is available at the following:
Amazon
Barnes & Noble
Smashwords

I LOVE LOVE LOVE this book trailer- just so you know!
Gonna have to see if I can buy that song and I'm definitely getting this book!

I'm adding this pic and I hope Mona doesn't mind... 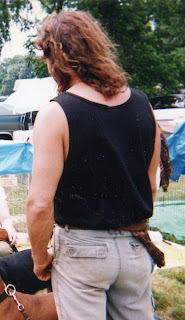 Just a nice looking man with a sweet little behind.
She said he was as nice as he was HOT!
Scribbled by Unknown at 6:00 AM

Morning Taryn, thanks so much for finding a spot for me to gush! I was looking back at my chosen books and realized the underlying theme is understated characters. No one is a super hero, they just get the job done. In My Brother Michael you have doubt about the HEA yet they never kiss. Couldn't get away with that today, I guess but isn't Ladyhawke hotter for the lack of touching until that last scene?

You're very welcome! So glad to have you here!

I've never read Ladyhawke, but now you've got me thinking, I might have to check it out.