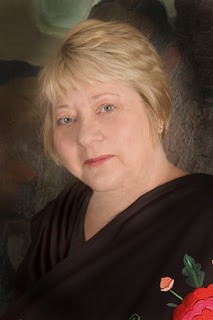 What book(s) most influenced you as a writer?
The Maltese Falcon by Dashiell Hammett
To Kill A Mockingbird by Harper Lee
In Cold Blood by Truman Capote
Double Indemnity by James M. Cain
Jim Chee mysteries by Tony Hillerman
The Hounds of the Baskervilles by Arthur Conan Doyle
St James version of the Bible
Cat On A Hot Tin Roof by Tennessee Williams
The Martian Chronicles by Ray Bradbury
Poems by Emily Dickerson
Anything by Edgar Allen Poe
Interview With A Vampire by Anne Rice
The Red Pony by John Steinbeck
I Know Why The Caged Bird Sings by Maya Angelou
Gone With The Wind by Margaret Mitchell
Rubyfruit Jungle by Rita Mae Brown
I have read nothing in the past ten years that have influenced me like these magnificent works.

What book do you read over and over again?
The Maltese Falcon by Dashiell Hammett

What’s the most interesting or bizarre bit of trivia you’ve learned from researching for a novel?  Native Americans sold American and English captives to the French as slaves.

Novel on your Nightstand:
Who/what are you currently reading?
The Kentucky River by Thomas Clark

Whom would you cast as your Main Characters/Hero/Heroine if your book became a movie? Oh dear!  Most people suggest Kathy Bates but I always think of Julianne Moore. 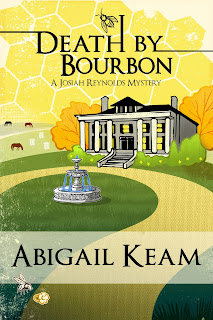 Life takes a dramatic turn for Josiah when she witnesses a death at an engagement party for guess who . . . Matt. Matt? Yes, Matt.

Charming socialite Addison DeWitt falls into a fit after taking a sip of brandy. That would be upsetting enough, but Josiah is sure it is murder. However, no will believe her except for Lady Elsmere and Meriah Caldwell, the famous mystery writer. The three of them conspire to bring the murderer to justice. It turns out the suspect is always three steps ahead.

To make matters worse, Josiah’s daughter, Asa, decides to move to London, Franklin leaves town and Jake starts singing a different turn. Josiah doubts her ability to meet the future alone. Maybe it’s time to sell the Butterfly and move to Florida with the rest of the old folks.Biography

Ms. Keam is an award-winning author of the Josiah Reynolds mysteries, which are set in the Bluegrass.
“Death By A HoneyBee” won a Gold Medal Award from Reader's Favorite in 2010.
“Death By Drowning”, her second novel, also won a Gold Medal Award for Best Mystery Sleuth in 2011.
Both books were listed as finalists on USA Book News “Best Book List 2011”.
“Death By Bridle” was released spring of 2012.
“Death By Bourbon” will be released October 1st , 2012.
The Josiah Reynolds mystery books have been described a “quirky, funny and clever.”

Josiah Reynolds is a middle-aged beekeeper, who sells honey at the local farmers’ market in downtown Lexington, Kentucky. She lives in an iconic house, called the Butterfly, on the palisades of the Kentucky River.

Reviews of the Josiah Reynolds mysteries can be read on Ms. Keam’s website, www.abigailkeam.com
Born and bred in Kentucky, Abigail graduated with Distinction from the University of Kentucky with a degree in Middle Eastern Civilization. She then went into private business and kept bees as a hobby.

She lives in Fayette County along the Kentucky River in a metal house along with her husband and various critters.

Abigail's books can also be found at
Barnes & Noble