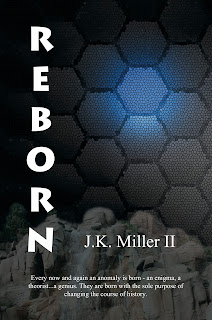 What book(s) most influenced you as a writer?
I grew up reading mystery first. The Boxcar Children, Nancy Drew, and The Hardy Boys were the first books that I read. These books sparked my interest in mysteries. Then, in high school, I was introduced to the Sword of Truth series by my sister. Admittedly, at first I told her I didn’t want to read them. The first book was way too big and I was snotty at that point in my life. She persisted, though, and told me to read one chapter. It wasn’t long, just a few pages. Then, she laughed at me when I wouldn’t give the book back. Since then, I’ve been stuck on fantasy.

What book do you read over and over again?
The Tears of Elios by Crista McHugh. Right now that’s my favorite book!

What’s the most interesting or bizarre bit of trivia you’ve learned from researching for a novel?
There is such a thing as a take-down bow. I thought I was being creative when I created the Traveler’s Bow that Jason received from Fletcher in my first novel, but as I was researching the diagram to name the parts, I found a take-down bow that was pretty much identical to the one I had created. Completely took the wind out of my sails for the chapter. =(

Novel on your Nightstand:
Who/what are you currently reading?
The Forever Girl by Rebecca Hamilton. As of now, I’m on Chapter 4. If anyone likes fantasy with a dark twist, I suggest you pick it up. It’s very good, thus far.

Whom would you cast as your Main Characters/Hero/Heroine if your book became a movie?
As much as I could see some of the major actors portraying characters in my book, I would want to debut new actors. You know, people have a reputation of doing a pretty good job, but not already Golden Globe winners. I’m all about promoting new talent. We’ve all had to start somewhere.

Here’s a blurb from Reborn:

“Every now and again an anomaly is born – an enigma, a theorist…a genius. They are born with the sole purpose of changing the course of history. The decisions they make in their lifetime can bring the dawning of a new era of progression, or unfold the beginning of the end of our kind. They have a knowledge that goes far beyond an average person’s dreams, and a power that can make the earth quake in obedience. “She is that anomaly. She commands a force strong enough to overpower all of Trystrum, but she is patient. She understands that true power does not come in conquering, but in respect…in fear. She now seeks the Gift of Prime and, if she succeeds, will gain a power greater than any before her – a power she was born to command. “She is the reason we were reborn as Kahnan. Our only purpose in life, now, is to stop her.”