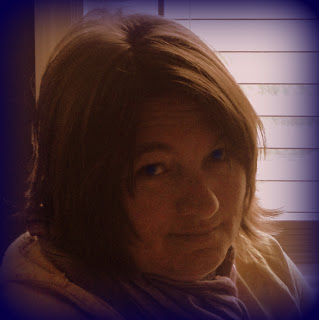 What book(s) most influenced you as a writer?
You are not allowed to roll your eyes when I answer, okay? Promise? Okay. Here it goes. Twilight. (pause) Now I said no eye rolling! Hey, I was just being honest. I read those books and I remembered a YA I’d been working on for fifteen years and I thought, I can do that. I can write a romance that people fall in love with.

What book do you read over and over again?
I don’t. I can probably count on one hand the books I’ve even read twice. There are so many books on my TBR list-always have been-that I have something new to read as soon as I finish my current book.

What’s the most interesting or bizarre bit of trivia you’ve learned from researching for a novel?
I learned a slew of piloting terms for HOLIDAY GEM, incorporated them into two great scenes that were cut during the final editing process. But if I ever want to learn to fly, I’ve got the lingo down!

Novel on your Nightstand:
Who/what are you currently reading?
Pleasing the Colonel by Renee Rose – loving it.

Whom would you cast as your Main Characters/Hero/Heroine if your book became a movie? If HOLIDAY GEM became a movie, I’d put Amy Adams as Gemma and James Marsden as Seamus. Gemma has a serious air about her, maybe even a bit uptight, which Amy Adams could pull off. Seamus is a fun-loving, good-natured lover boy which is exactly what I imagine when I admire photos of James Marsden. 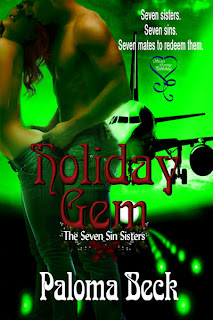 Seven sisters are entwined in a legacy, one originating back from the time of the Italian Wars in the 1500s. One by one, they will find their mates from the immortal Valendite Breeds and secure their place in history.

Gemma has spent her adult life consumed with researching the Valendite Breed history, constantly greedy for knowledge about their race. Until she meets Seamus and she's no longer able to hide in her world of books and theory. Now is her time to live.

Seamus has found his gem and he wants nothing more than to treasure her. But his best friend is missing and he needs to locate him. Torn between his mate and his brother-in-arms, Seamus may be forced to choose one over the other. Will he sacrifice a lifelong friendship for the love of his life?

She was certain she’d done the right thing by encouraging him to find Donovan. There was not a doubt in her mind about that. Still, she feared for him. Gemma put on her big-girl panties and stood by him while Caedon and Madden went over mission objectives and details, much of it she didn’t understand. She held herself together and forced all her emotions down so as not to worry Seamus.

But before he left, Gemma needed Seamus to know he could count on her. She jumped up and wrapped her arms around his shoulders. “I am yours,” she spoke into his mind so others wouldn’t hear.

Seamus’ response was immediate as his lips crushed down on hers. This wasn’t the sweet kiss of earlier, and Gemma returned his intensity and encouraged him to pull her closer and deepen the kiss even further. Seamus grabbed her bottom and forced her to wrap her legs around his waist. The thought that she should be embarrassed in front of the others crossed her mind but it was only fleeting. Everything inside her focused on her mate.

Gemma did hear one of the men gasp however. She opened her eyes for just a moment and saw the colors of light. Seamus and her combined emotions caused bursts of sparkling light to swirl around them. Incredible joy pounded in her veins and she knew she loved this man. He felt right against her as his lips pressed against hers and his teeth nipped at her lower lip.

A cough from behind them broke their moment. Seamus squeezed his eyes closed before opening them, shaking his head and placing her down on the floor. With his hand around her waist, he looked to Nicolaus.

“I place my mate in your keeping.” Seamus spoke solemnly.

“I swear my oath to her safety,” Nicolaus dipped his head slightly and nodded once.

Seamus grabbed her face, his hands on either side, and placed his forehead against hers.

“I will be back as quickly as possible.”

“I will be right here waiting,” Gemma offered the only assurance she had to give.

To find out more about Paloma- you can check her out at any of the following sites-
Romance Beckons Blog
Paloma's Website
@PalomaBeck on Twitter
Paloma Beck's Author Page on Facebook
Seven Sin Sisters Series Page on Facebook
Goodreads
Amazon Author Page
Tumblr
Pinterest
Scribbled by Unknown at 6:00 AM

Thanks for chatting with me. It was a fun interview.