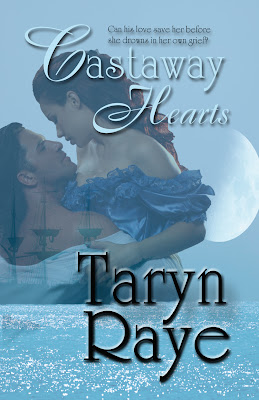 Twice orphaned, Catherine Barrett arrives in Virginia a stranger to her closest kin and secretly engaged to the one man her family would disapprove of—her seafaring grandfather’s apprentice. Add to her troubles, the rich and intriguing older brother of her secret betrothed, Dawson Randolph, a plantation owner who is as heartless as he is handsome. Heartbroken when her intended sets sail for his maiden voyage, Catherine finds it difficult to adjust to her new life, hoping to befriend the one man who is, undoubtedly, the match her grandparents wish for her. Dawson’s distaste for her secret engagement to his brother makes it clear he has no designs for marriage to anyone. Especially her.

Ten years since the tragic loss of his young wife and infant son, Dawson Randolph is convinced love and marriage is a fool’s game and resents being pardon to his brother’s hidden engagement. Damned by his instant attraction and his own growing desire, Dawson vows to befriend her against his better judgment. Determined to bring her happiness in a time of fear and uncertainty, Dawson puts aside his animosity to become her confidant, only to realize Catherine holds the key to his heart. When tragedy strikes at sea, Catherine’s guilt pushes Dawson to the fringes of her life as madness consumes her.

Can his love save her before she drowns in her own grief? Or is he doomed to love her from a distance, always in the shadow of her love for his dead brother?


As they walked along, Dawson caught the aroma of roses on the wind, though none blossomed in the yard yet. He concluded Catherine’s hair smelled of roses as he inhaled the heady floral scent. The dusky twilight made her skin glow and softened her features with a pink radiance.
It became obvious then why Nathaniel thought himself so in love with Catherine and why he wanted her all to himself for a lifetime. Her beauty even stole Dawson’s breath away. He could see how months in her company might leave his brother determined to stake his claim on her, but he had no doubt it was a desire driven by physical needs rather than having anything to do with the heart.
“I understand you and my brother grew very close aboard the Lady Hannah.” He lowered his voice and offered this comment to start the conversation once they were no longer within earshot of her grandparents.
“You’ve talked to Nathaniel?” Catherine pinned him with her wide hopeful sapphire eyes full of excitement, her eyebrows jumped in anticipation. Dawson paused at the giddiness in her tone. It seemed almost innocent of the manipulation he felt sure she was capable of.
Scribbled by Unknown at 6:00 AM