A Sprinkling of Fairy Dust 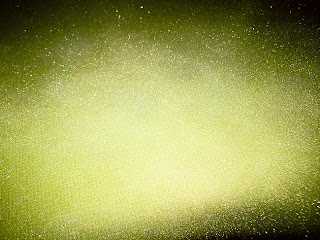 Yep, I got dusted as I was falling asleep the night before last. It had been a LONG time coming since I'd seen the sparkle of inspiration and I figured I'd lose it before I got up in the morning because I was simply too exhausted to get up and find a notepad and pen. But then I awoke with not just one idea, but possibly three ideas, for new series' or stories to write in the future. I was up before 4 A.M. jotting down these fragments for later use, but I realized then, how good it was to be up that time of the morning, already thinking about writerly things and for a moment I just breathed and thought, "I've missed this."

And why is this significant? Because of my distraction. Because of my lack of concentration and procrastination. Because I have taken steps to walk away from an addiction. Yes. See, this all began a few years ago when I was first introduced to Facebook, which also coincided with my writing burn out.

At first it was nothing. Harmless little apps to "send roses" or "send a heart" or "answer a question about a friend." "Have a virtual pillow fight." "Pass a Drink." And this was great for someone looking for a little escapism from writing almost nonstop for about 3 years and producing 8 manuscripts in that time. I needed a break. My brain needed a break and I felt as though the inspiration well had run dry.

Now, those are seemingly harmless and sweet, but after a while it gets old and you end up removing them of your own free will because they just don't "fit" anymore when no one else is using them either.

They're novelty, but then came the requests.

"Come be my neighbor" or "Could you send me a bucket of mud" or "The zebra ate monkey poo and needs a vaccine" from any number of games that end in Ville or World. Most are products of a company that I shall simply call Z because ya'll KNOW what I'm talking about.

At first I thought, oh, this is easy, it's fun and I'd feel "guilty" if I don't help my friends out. I love my friends, so it's the least I can do.

I can send a couch to Jessie cause her living room is bare, or Zeke needs some pet food for Little Squeaker so he doesn't run away again. I have to grow veggies and fruit and that means in two hours, I have to come back or the crops will wither. These crops need to be shipped to that funny little eatery in the middle of nowhere, so I can cook a billion cheeseburgers or lobster with marble chocolate glaze and pears for some wedding mission that never seems to end. I can't make preserves without strawberries and Heaven help me if my homestead in the old west gets overrun with snakes, Dodo birds and other despicable varmints and brambles and tumbleweeds made of barbed wire. I don't care anymore if BillyBob Jimbo and Ethel Marmalade EVER get married.

Sadly, it's taken me at least 2 years to figure out that THIS is the source of my writing woes. I have an addiction. Since I started playing those time-(management)thieving games, my productivity has dropped, I haven't had any ideas in ages, etc. If anyone is to blame, it's....

No, it's me. I apparently have an easily addictive personality. But I am learning to break the habit, and overcome the worry of guilt. I still love my friends, but if I hope to produce more stories in the future and have this career in writing, it must be done. I must cut the cord. I have been weaning myself from the games recently because I'm tired of them. I probably hadn't actually played in a week, though I still accepted and sent gifts and fulfilled requests- up until 2 or 3 days ago.

And that's when I removed them. Well, I removed the ones I consider the biggest offenders. They've been sent into exile. There are a few small time criminals I'll hang onto, some for just those times when I do need a moment or two to stare off mindlessly into the oblivion and zone out a little, but as for the time-sucking vampires, they are gone. And I'm glad. I feel it when I wake up that I don't have those monkeys on my back anymore, or throwing poo at me to get my attention. My thoughts are clearer, my brain feels like it's revving up and getting back into the right gear....

And what did I get for clearing my head of the worry and constant concern over these games? For breaking away from my addiction?

Have a WONDERFUL, INSPIRING Thursday. The weekend is on the horizon!
Scribbled by Unknown at 7:02 AM

Good for you! I'm addicted to Scrabble.

Thank you Janie! I'm still addicted to Scrabble myself. I think it's that love of words thing I just can't escape. ;)

Thanks for stopping by!

Oh no. I know the words to this song.
This inocuous habit started with a lovely Cafe, then I needed a Farm-not one but two. (a 'town', and a 'ville'). Soon I built a city and became mayor. Not long after that, being mayor wasn't in my world domination plans, so a kingdom sprang forth. I was invaded.
My ancient City was 'Wonder'ful, I became a simulated social person. As of last week, the only mindless brain drain to survive the purge is my lovely garden where I search for hidden things.